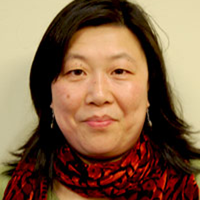 Her forthcoming publications include a chapter on “Minority Banks, Homeownership, and Prospects for New York City’s Multi-Racial Immigrant Neighborhoods,” in the Joint Center for Housing Studies of Harvard University’s edited volume, A Shared Future: Fostering Communities of Inclusion in an Era of Inequality, and a co-edited Temple University Press volume on Immigrant Crossroads: Globalization, Incorporation, and Placemaking in Queens, NY.  She is currently working on a book manuscript provisionally titled, “The Asian Century”: Chinese Transnational Capital and City Building in Immigrant New York.