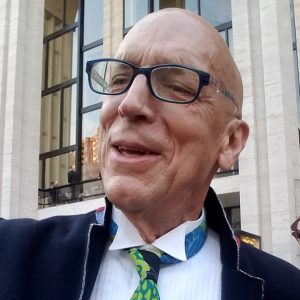 My interests in environmental psychology stem from my own dissatisfaction with conventional architectural practice, especially after having the experience of knowing my niece (who was born brain-damaged) and realizing how little my skills as an architect seemed useful or relevant to her needs as she underwent endless hours of physical therapy, day after day.  I learned a lot from her and in many ways credit her as directing my life towards working with people and everyday needs as a basis for thinking about creative architectural design.  I also think being gay helped me see the perspective of the outsider and embrace the critical questioning can evolve from that view, rather than accepting a more comfortable, self-satisfied, and perhaps entitled point of view.

During the 1970s and well into the 1980s I was part of the ARC Group in Cleveland, Ohio, funded by the Ohio Department of Mental Health, Office of Program Evaluation and Research.  Architecture-Research-Construction was a collaborative group of 22 very creative people who worked in many different “treatment” settings to design, build and evaluate changes to institutional environments. Behavioral Change on Ward 8.  The early work was in mental hospitals but expanded into other settings such as places for people diagnosed as “mentally retarded.” This work became more participatory to the point that we carefully measured the effect of participation, itself.  The Effects of Environmental Changes on Elderly Residents’ Behavior.  We learned a great deal from this work including a focused sense of how environments perform destructive roles in our lives as well as a very clear sense of how institutions are resistant to meaningful change—but especially the value of participation in design decision-making:   Privacy, Territory and Participation.   Over time we worked in less-institutional settings and published, “Community Groups homes: An Environmental Approach.” (Van Nostrand Reinhold, 1985.)  In the early 1980s we began a series of projects involving children and participation. Children’s Spaces: Designing Configurations of Possibilities.  The ARC Group also used participatory design approaches to design and create the permanent exhibit of the Cleveland Children’s Museum, “Bridges: Over and Under.”

Soon after coming to the CUNY Graduate Center in 1986 I was very fortunate to meet Louis Sackman who, some 50 years earlier, had worked on depression-era projects that sparked my interests.  This led me to a study of US Public Housing, what inspiring housing it once was, and especially to see that its great threat to the private housing market was a major aspect of its willful destruction.  1930s Housing Environmental Design Research: A WPA Project.  This exposure to history also led to a critique of the of various assessments of Environmental Design Research which invariably led to a sense that it is a “new field” and was thus excused from having little effect in the real world.  Directions is Environmental Design Research.

For 40 years, beginning in 1980 I have documented a particular road in Berlin Township, Erie County, Ohio, the housing being built on it, and some of the attitudes of people there, in an informal study of what the US Census categorizes as “Rural Non-Farm.”  Over time I have seen the evolution of virulent anti-community sentiment that seems to be related to unfulfilled hopes for a better future, resulting in political polarization.

In 2005, Zeynep Turan and I undertook a video research project on how people make meaning in a well-known monument of modern architecture designed by Architect Louis Kahn.  This result of this work is a 54-minute documentary:  Living Salk Institute.   Another video project has given me special pleasure-a depiction of the work of educator Dr. Vivian Windley.  Turning Pages.   Recently I have had the immense pleasure of joining with GC Urban Education Professor Wendy Luttrell and several graduate students as part of The Collaborative Seeing Studio.  I’ve joined with Simi Linton, Allison Lucas and Sara Ingram to create a video project predicated on the assertion that “Since the passage of the Americans With Disabilities Act in 1990, architects and designers have too often simply adhered to basic accessibility standards and regulations, with little attention to design that fosters equal participation and pleasure in the built environment.”   When a Stair is a Wall.   This film was accepted for the Teachers College 2018 Visual Research for Social Change Conference.

The seminars I’ve most enjoyed teaching have always had to do with direct experience of environments in-the-world…I love theory when it illuminates everyday life…and we all must see how our proscribed environments limited and reduce our lives.  Here is my favorite syllabus, making connections with text, graphics and images:  Supportive Settings and Restorative Environments. An article I’ve co-authored with Victoria Restler and Wendy Luttrell is now available in the journal, Outlines, Critical Practices Studies.  Places to be Together: Cultivating Spaces of Discomfort and Not Knowing.  The Collaborative Seeing Studio.