Congrats to Javier for being recognized by the CUNY Graduate Center! Please see the following Student Spotlight: 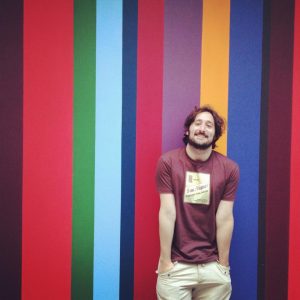 “In his first published paper, Environmental Psychology Ph.D. student Javier Otero Peña  takes a step toward his goal of understanding why people do or do not use public spaces, and what those spaces mean to them.

“What drove me to this field, and to a Ph.D. in environmental psychology, is a desire to make cities more just and livable,” Otero Peña said.

Otero Peña was first author on the new paper, which examines park use in low-income neighborhoods around New York City. The study appears in Frontiers in Public Health.

Otero Peña and his co-authors found that while the physical environment of the park and surrounding neighborhood do have some relevance to how often people use the park, the social environment is more important. Since current urban planning efforts don’t often focus on social interactions, Otero Peña hopes the findings can inform new ideas and methods.

The researchers recorded observations at 54 parks in low-income neighborhoods with predominantly Hispanic and Black residents. They also used survey responses from 904 residents, collected through the PARCS study, a collaboration between the CUNY Graduate School of Public Health and Health Policy (CUNY SPH) and the New York City Department of Parks and Recreation. The results showed that when people felt more trust and social cohesion with their neighbors, they were more likely to use nearby parks. Parks with more things to do — more athletic and children’s facilities, and more event programming — also saw more use.

The new study is also the first to quantitatively look at the relationship between stop-and-frisk incidence and park usage. Areas with higher numbers of stops had lower park use.

“Several qualitative studies, some by The Graduate Center’s Public Science Project, had already found that these policing practices resulted in low-income residents, especially Black and Latinx folks, changing their public space use patterns for fear of police harassment,” Otero Peña said. “Our study supports their findings and we hope to encourage city authorities to review their current practices and design holistic approaches to guarantee not only physical, but also social access to parks in low-income, minority-majority neighborhoods.”

With his first paper just published, Otero Peña already has several more in the works. One paper will take a look at the Guerilla Gallery, a participatory mural in East Harlem, and another will explore how low-income residents perceive park renovations in their gentrifying neighborhoods.

For Otero Peña, who is from Venezuela, these academic endeavors are just a continuation of work he was already doing out of a passion for the subject.

“Back in Caracas, my hometown, I organized cultural events in neglected and underused public spaces to promote their use and to foster a sense of belonging and attachment,” he said, “but back then, I had no knowledge or means to measure the impact of my interventions.”

Today, Otero Peña has the tools and resources to make these measurements. He works with his adviser, Professor Setha Low, in The Graduate Center’s Public Space Research Group, and with Professor Terry Huang in the Center for Systems and Community Design at CUNY SPH. Both professors were also co-authors on the new paper.

According to Otero Peña, this kind of collaboration is an important part of putting together a successful study.

“Do not hesitate to reach out to others who can contribute to the paper and make it more solid,” he advised. “I would not have been able to publish this paper on my own.” Graduate students should not fear rejection by journals, either, or take it personally Otero Peña said, as there are many reasons a publication might not want a certain study.

“Push through!” Otero Peña said. “Your first paper does not have to be perfect. This is not the apex of your career: just the beginning.” ”

Javier Otero Peña is a PhD candidate in Environmental Psychology from Caracas, Venezuela. Javier is the Student Advisor for the M.S. in Data Analysis and Visualization at The Graduate Center, CUNY. He is also a research associate at the Public Space Research Group, and a research assistant for the PARCS study in the CUNY School for Public Health. His dissertation looks at park use, park renovations and place attachment in New York City.